1. Themes
A. SALT and/or PEPPER
B. HUMAN BEING
We are expecting meaningful and cleaver works at high artistic level

2. Participants
All artists, professional or not, are invited to take part in the Salon, regardless of gender, nationality or country of residence. The works can be send by the author himself, only

3. Works
May be done in black & white or in colour
Each participant may submit max. 3 (three) works on each theme
Good quality images of signed works
In JPG format, 400-800 KB/work, at Min. 300dpi resolution
Only works without text are accepted (text means one or more letters)
The participating works could have been previously published but not have won awards
No works with "adult content" will be accepted, regardless of their artistic quality. Organizers own the right do not admit in the Salon works that may attempt against individual and/or collective rights

4. Technique
Is free of choice of the artist, in two dimensions, such as: graphical art, painting, digital art, cartoon, illustration etc. No photographic art

6. Participation
Each participant will send in the message's body, in English language, the following information:
name and surname & pseudonym
home address, e-mail, phone number and personal web-site
personal photo/cartoon self portrait, Max. 250KB at min. 300dpi
short biography
the list of works on each theme
Each work will be identifiable on the participant's lists by:
theme, position in the list of works, title, technique, dimensions, price (in EUR) and the associated file name
The file names will be defined as following:
theme_international code of the country_name initial_surname initial_verification code_position in the list of works
for example: Ion POPESCU from Romania, with his own code AZ5, the work is the second in his own list of works on the B theme.
B-RO-I-P-AZ5-02
Note: the verification code, must be an own sequence of 3 (three) numbers and/or letters, on the artist's choice, but an only one per artist
Do not send more 2 (two) e-mails containing works and information

7. Awards
Three prizes will be available per each theme
The prizes consist in exposure on the Salon's website of
name and surname, a short CV, personal photo/cartoon, works, technique, dimension, price/work as following:
1st prize: 10 (ten) works + the awarded work
2nd prize: 5 (five) works + the awarded work
3rd prize: 3 (three) works + the awarded work
The Diplomas will be send by e-mail
The first ranked 25 (twenty five) works on each theme will be exposed on web-site, awarded works including.
The works will be exposed if these respond to all criteria and condition mentioned in this document.
A list of participants will be published as well
The Jury is entitled do not award one or more prizes according to their art's criteria.
The jury decision cannot be appealed.

8. Winners
Participants whose works are selected to be awarded will be notified by e-mail.
In max 30 days after announcing prizewinners, they must send their works using all the above mentioned conditions.

11. Other specifications
This regulations are mandatory.
The authors remains the owners of their original works if they do not send original works.
The Salon do not sell anything and does not involve and is not responsible in any business transactions between authors and their beneficiaries. The authors themselves will sell their works on buyer's request.
The authors who wont to participate into itinerant exhibitions will sent originals, these will not be returned.
The album of the Salon will be edited in electronic format, being available on Salon's web-site.
The participants turns over all rights of their work’s images to International Salt & Pepper Satirical Art Salon and to “Salt & Pepper” Magazine and authorizes them to exhibit, archive and publish those in the media and/or the Internet without limitations. To promote The International Salt & Pepper Satirical Art Salon, “Salt & Pepper” Magazine is entitled to use these later as printed materials with the name of their author on these, without any compensation to authors. The itinerant exhibitions will be announced in media and the artists will be informed about.

Participation in International Salt & Pepper Satirical Art Salon means the acceptance of all of the above regulations. 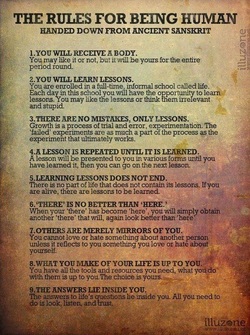